The Athenian general Perikles died from the plague in the early years of the Peloponnesian War (see Thucydides Book II). As illness hit the city, sanctuaries were ‘doored up’ to prevent people taking refuge in the sacred spaces. The urban population had been swollen as people had fled inside the walls as a Spartan army ravaged the countryside of Attica.

This fifth century BC leader and the epidemic that hit Athens provide a model for our present time: “Coronavirus: What Boris Johnson’s Greek hero teaches us about epidemics“, BBC News 13 April 2020.

It now house the site museum that includes finds from the nearby Roman fort at Newstead.

A lecture on Winifred Lamb to mark 100 years since the first women were elected as Fellows of the Society of Antiquaries. Lamb excavated at Mycenae, Sparta, in Macedonia, on Lesbos (Thermi and Antissa) and Chios (Kato Phana), and then at Kusura in Turkey. 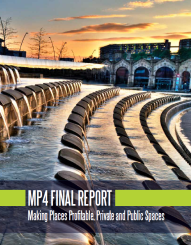 In tackling my backlog of grey literature reading, a report re-emerged in my files on an EU-funded project which ran as part of the 2007-2013 North Sea Region Programme.  The project, entitled “Making Places Profitable – Public and Private Open Spaces”, shortened to MP4 focused on exploration of approaches for planning and designing, maintaining and using public places in the long-term. It set out to demonstrate how open space improvements offer positive socio-economic benefits, and how the benefits offered to key communities can be maintained in the long run.  It also illustrated support for greater interaction between all those involved in the open space management process.  The original project website is no longer active (and I’d advise anyone not to click the link in the project report as the project domain has been re-used for something else entirely!) – but it can be found archived here.  Broader research and case studies were also published in an academic text. (I also hadn’t realised that a Heriot-Watt colleague was involved in the study, and I will now track him down for a conversation!).

The key phrase used within the project which has stuck in my mind over the past few days, is ‘place-keeping’, mainly because I haven’t consciously heard it being used in the historic environment milieu which I am embedded in (rather than the open space management context where it originated).  That we haven’t picked up on the term ‘place-keeping’ surprises me therefore – as the ethos of balancing preservation and managing change which is at the heart of heritage management seems to be neatly captured in it,  particularly where community and stakeholder engagement is at the fore, and especially where it is trying to encourage greater sense of ‘ownership’.  Place-keeping, however perhaps better captures aspects of our discussions in heritage management which which have co-opted ‘place-making’ as a term to use somewhat uncomfortably at times, where heritage has been hard-wired to regeneration and as an instrumental tool for development.  Place-keeping also has an implicit sense of history within the term, whilst place-making just doesn’t – to me it suggests a constant act of development.    Perhaps I have missed it entirely, but I think I shall now be slipping place-keeping into meetings and discussions and see where it finds new traction – or gets challenged forcing me to consider this all a little more. 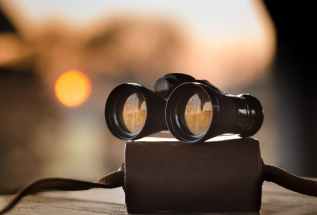 Useful discussion has continued around the notion of what a heritage observatory might look like, and there seems to be common agreement that what the sector doesn’t need is another static repository where information, data and what could otherwise be useful knowledge gets dumped and gathers digital dust.  We’ve got those already.  Any such development needs to be useful and ultimately sustainable (therefore useful might be replaced with vital).

In participating in a discussion with the wonderfully entitled ‘helping to help things happen’ group (part of the wider Heritage2020 programme of activity in England), my takeaway is that there are a set of areas/activities where an observatory function might operate which need further considering in a future feasibility study.  These are:

I was delighted to attend the Opening Reception last night at the National Museums of Scotland to celebrate the completion of the 15 year transformation of the main National Museum building on Chambers Street in Edinburgh.  As the final three galleries to be represented included the East Asia gallery, we were treated to a performance of Japanese drumming, which echoed amazingly through the main atrium of the Museum.

Speeches were kicked off by the Scottish Cabinet Secretary for Culture, Fiona Hyslop, who re-emphasised the point the culture is at the heart of flourishing societies, and were a vital part of public life (and policy).  She has consistently stuck to this script, and as a longstanding political overseer of the culture and heritage portfolio in Scotland, it remains heartening to hear her continue to win the argument for culture within Government realms.  Were that always the case south of the border, and oh to have a culture minister in England that lasted more than a couple of years!

We were then given short speeches by the National Museums Scotland Chair, Bruce Minto; the Chair of the Scottish Committee of the National Lottery Heritage Fund, Dame Seona Reid (formerly known as the HLF, but renamed as part of their new strategic plan last week); and finally by Dr Gordon Rintoul, who as Director of NMS has seen the project through from the start.  We then headed off to view the new galleries – covering ancient Egypt, East Asia and ceramic collections – and were left to ponder whether 15 years on, and with the changing fashions and expectations for museum display and experiences, whether it is time to start the whole process again, akin to painting the Forth Bridge.