The Hurlers are located on Bodmin Moor in Cornwall. Parts of three circles can be identified.

The site is in the care of English Heritage and is managed by the Cornwall Heritage Trust.

The Ministry sign to Stanton Drew Stone Circle has been adapted with a sign with arrow ‘This way’ attached over the lower section that read ‘Ancient Monument’. All becomes clear from the other side.

The Cove lies to the south-west of the main circle at Stanton Drew, and to the rear of the Druid’s Arms. Lindsell finds parallels at Avebury, Cairnpapple, and at Rollright. Burl notes that the stone is dolomitic breccia, and different to the other stones.

The series of stone circles at Stanton Drew in Bath and Avon (formerly Somerset) were placed under the protection of the Ancient Monuments Protection Act (1882). For an overview of the site see English Heritage.

The guide was prepared by L.V. Grinsell (who also wrote the guide for Hetty Pegler’s Tump). It consists of 7 pages (the back page is blank) and contains a plan of the three circles in the centre pages. There is a short history of the site (noting the date to between 2000 and 1400 BC) and then descriptions of the Great Circle and Avenue, the North-eastern Circle, the South-western Circle, the Cove, and Hautville’s Quoit. In addition there is a section on Stanton Drew in Folk Tradition, and a review of the literature from John Aubrey (1664) and William Stukeley (1776). 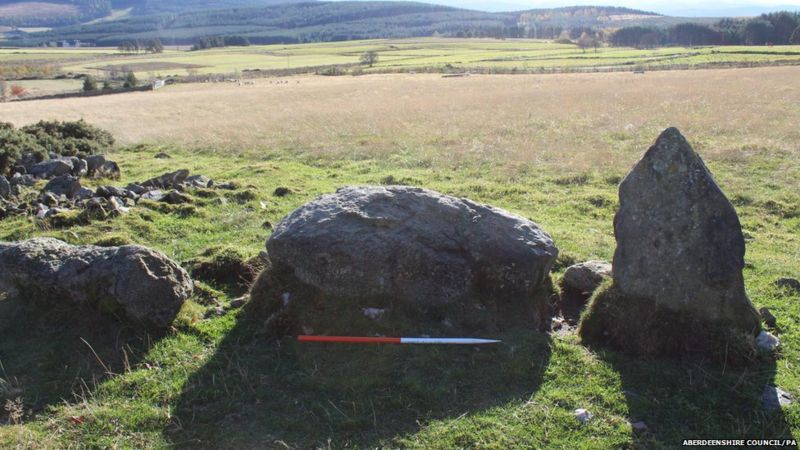